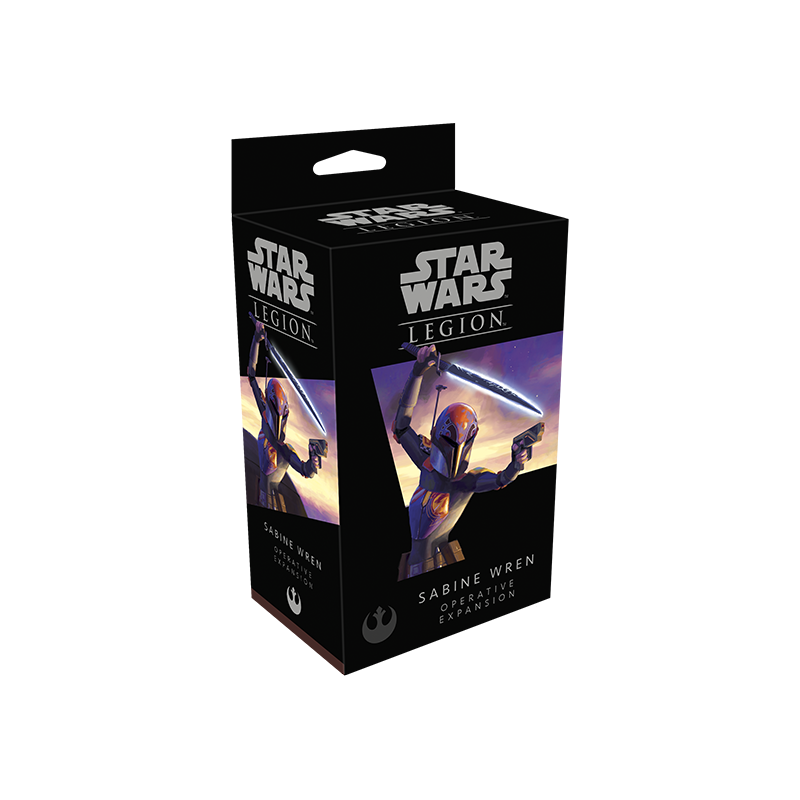 Born into the proud warrior culture of Mandalore, Sabine Wren carries the history of her people within the very armor she wears into battle. Fueled by this history, she now lends her skills as both a warrior and an artist to the cause of the Rebellion.

Within the Star Wars: Legion - Sabine Wren Operative Expansion, you’ll find one finely detailed, easily assembled Sabine Wren miniature wading into battle as well as three command cards that help you unlock her full potential. Alongside these are a unit card fully outlining her abilities, four upgrade cards allowing you to further customize Sabine Wren to fit your battle plans, and all the tokens you need to fully integrate her into your Rebel army.

Contains a beautifully detailed, easily assembled Sabine Wren miniature with different customization options Choose whether your miniature enters battle with or without her helmet Further customize Sabine Wren by having her enter battle wielding the Darksaber or with her Westar-35 Blaster Pistols at the ready.