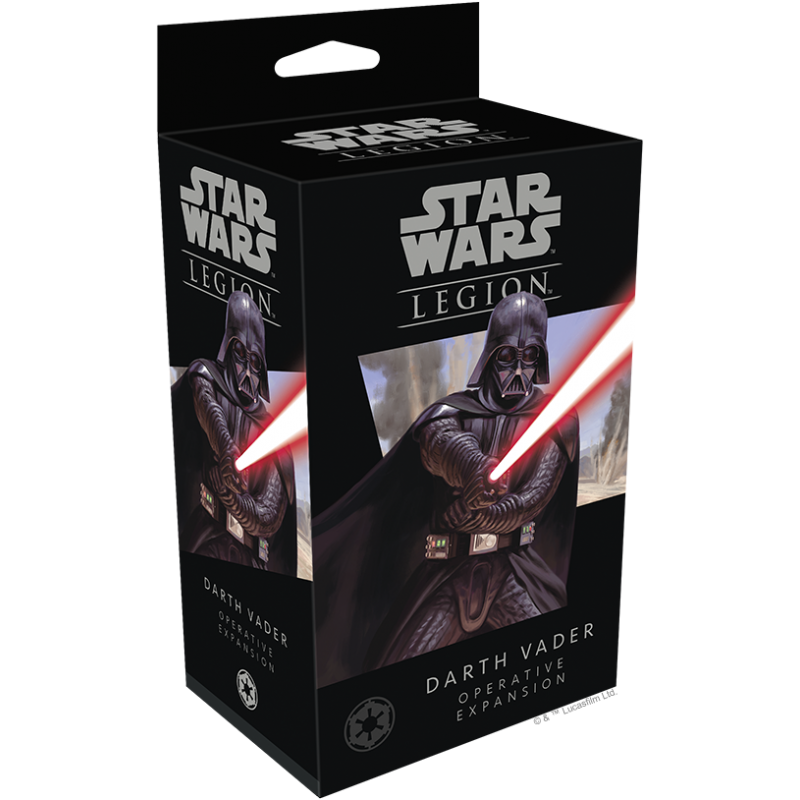 This miniature is accompanied by three new Darth Vader command cards that can be used by both the operative and commander versions of the unit, letting you tailor your strategy to fit your needs. Rounding out this expansion are four upgrade cards that invite you to augment Darth Vader with even more Force powers or training.

Hunt the last vestiges of the Jedi order with the highly detailed Darth Vader miniature featured in this expansion! Depicted marching forward with his lightsaber menacingly raised to strike down his foes, Darth Vader is sure to terrorize any opponent.