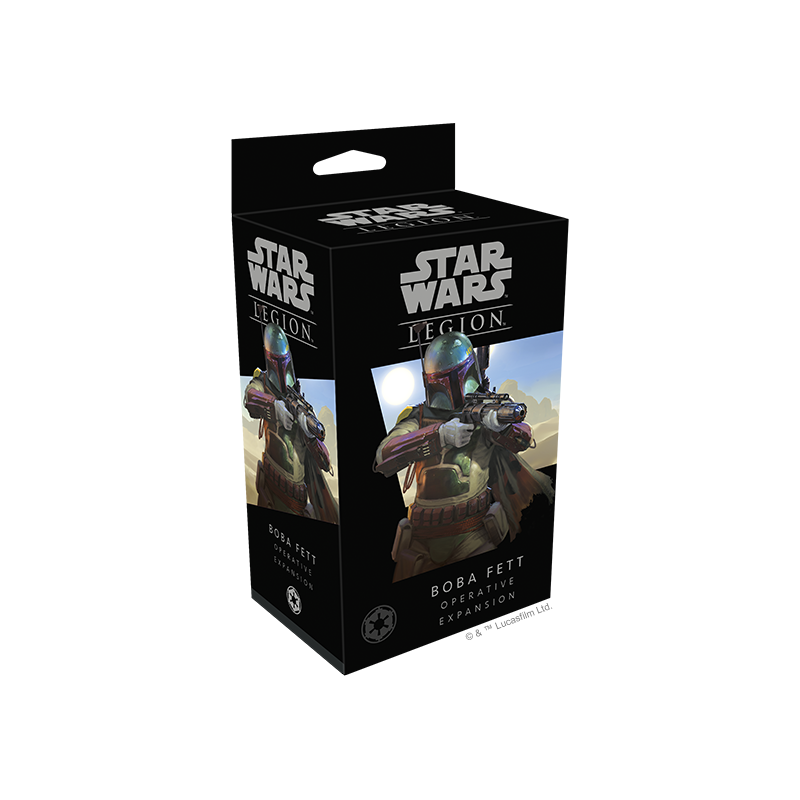 As the game’s first operative, the Star Wars: Legion - Boba Fett Operative Expansion includes everything you need to add the galaxy’s best bounty hunter to your Imperial army. A single unpainted, easily-assembled miniature depicts Boba Fett taking flight in search of his next quarry.

Meanwhile, three command cards let you tap into the many dirty tricks Fett has hidden in his Mandalorian armor, and three upgrade cards give you even more tools to equip Boba Fett or another unit for battle.