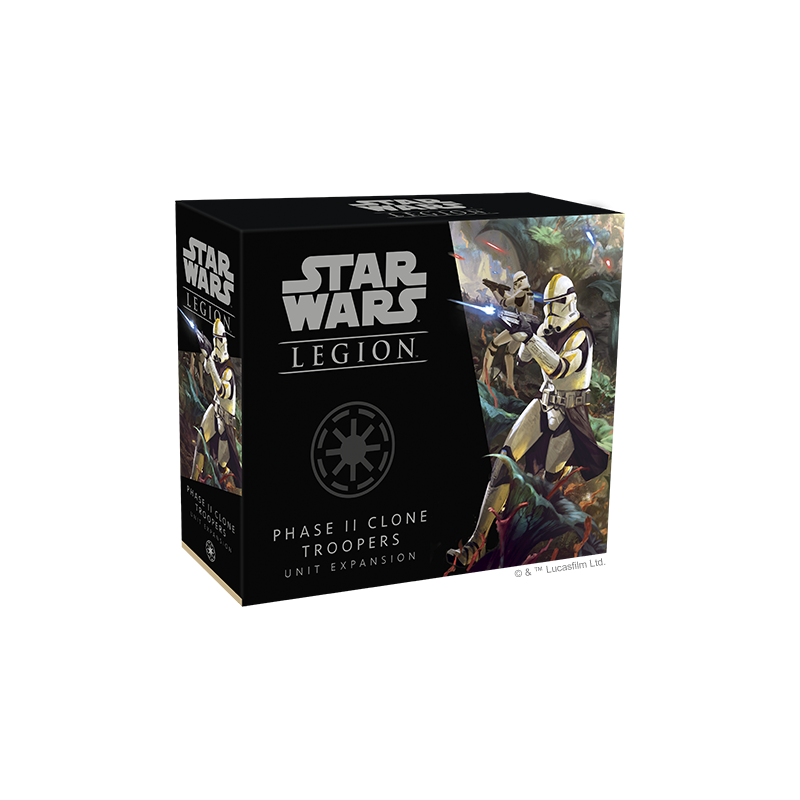 Additionally, the clones wearing this armor were themselves better trained and more experienced than those first deployed at the start of the war.

First, the unit's leader can be assembled with or without his helmet. Similarly, a Z-6 Phase II Trooper can be built with or without his helmet or, if you choose, he can carry his signature Z-6 Rotary Blaster or the standard DC-15A Blaster Rifle. Finally, a Phase II Mortar Trooper can lug his mortar into battle stowed on his back or appear with the mortar fully deployed.