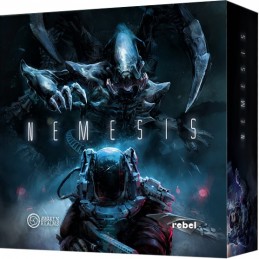 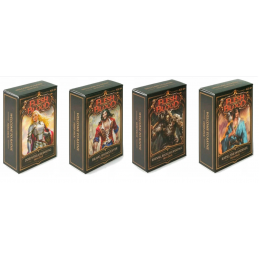 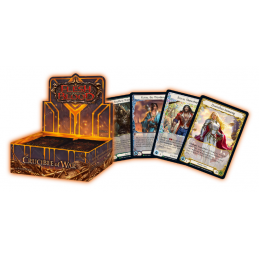 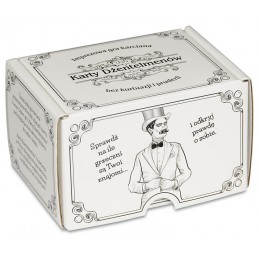 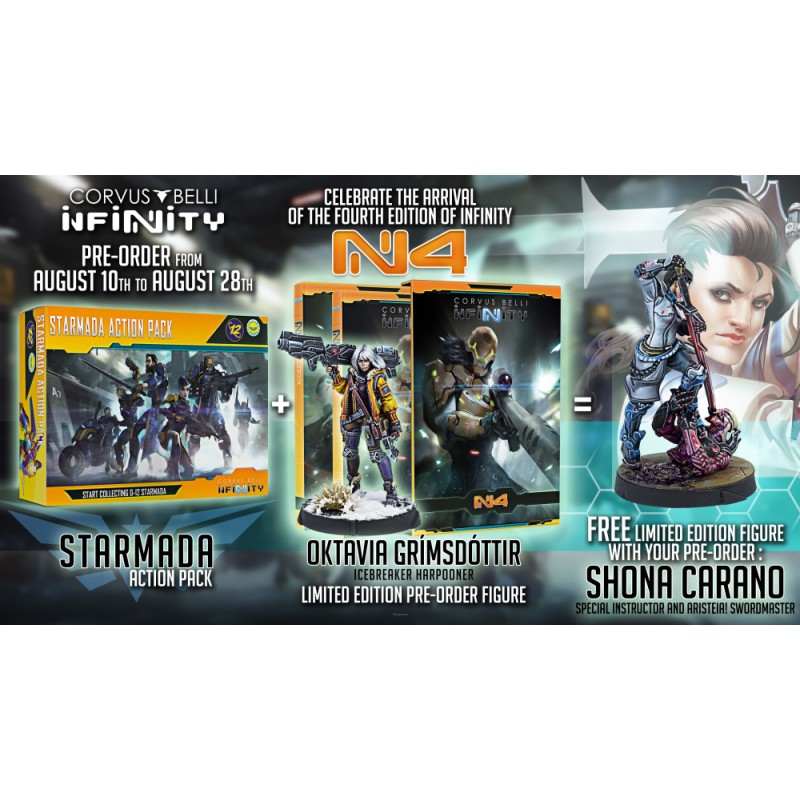 Infinity is a 28mm metal miniatures game simulating special operations and skirmishes in a high technology sci-fi universe; an exciting and action-packed near-future where secret missions, black ops, and covert actions determine the destiny of the Humankind.
Infinity boasts innovative and dynamic rules that keep both players engaged and participating throughout the entire game sequence.

NEW RELEASE! Two full-color books in a slipcase. With improved and streamlined rules, new troops, more background to set the scene, and introducing O-12 and its Sectorial Army, Starmada, Infinity N4 goes one step beyond!

Infinity N4 is launched along with Starmada Action Pack, the perfect box to start collecting and playing with Starmada, the first O-12 Sectorial Army 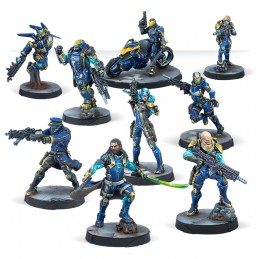 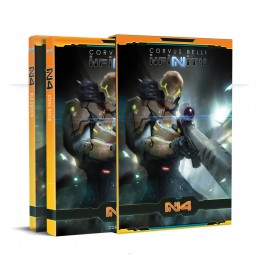 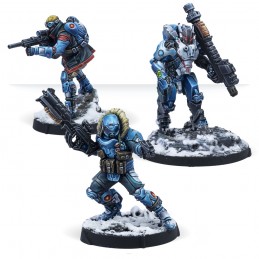 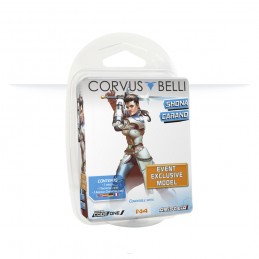 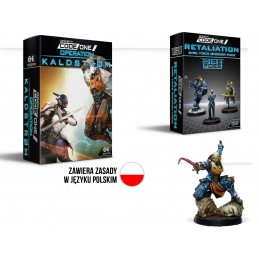